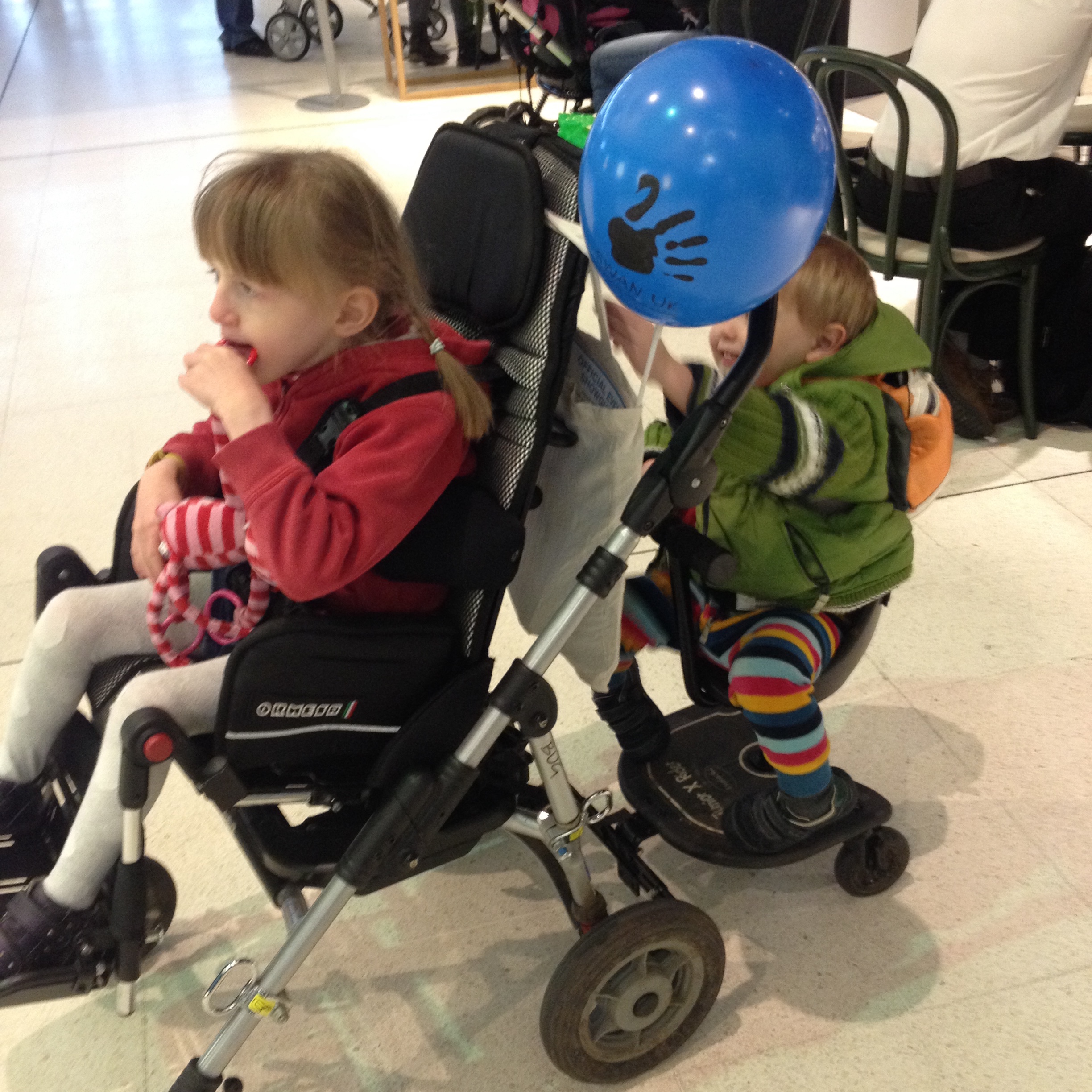 (In response to the ‘Greater Cambridge City Deal’)

In my working life, I actually enjoyed my morning commute by train or tube (when I lived in London), and underground (when I studied in Glasgow), allowing me time to get stuck in to a good book or listen to my ipod – yeah, ok, not always, I certainly don’t miss having someone’s armpit in my face!

I’ve also enjoyed commuting by bike in London and in Cambridge.  I love cycling and it’s by far my favourite mode of transport, IF the infrastructure is there (otherwise it’s a wholly stressful experience!), if the distances allow and IF you are able to!

I’ve always found buses stressful.  Possibly my own anxiety issues?  They seem less predictable than train/tube/tram, the time is harder to judge and I’m always anxious I’ll miss, or not recognise, my stop. I’m a bit (actually, a lot) of a map geek and I guess I like the clarity of trains and tubes.  In fact I’d describe both me and my husband as map/transport geeks!  It seems perfectly natural to us to have selected each of our homes together based on the transport links, train lines and cycle routes! 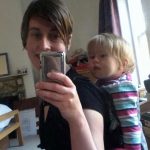 When EJ was small, public transport was still easily doable.  I didn’t attempt the faff with the pram/pushchair as I had a baby carrier for walking the dogs, so I used it most of the rest of the time too.  EJ’s always been light for her age so I carried on in that way pretty much until she got her prescribed specialist buggy from wheelchair services, which coincided with her brother arriving, and her starting nursery in a neigbouring (awkward to get to by public transport) village.  It was at that stage I began to use the car a lot more.

As I say, I love cycling and we are a cycling family so we do have a selection of bikes/accessories to enable us to carry on pedalling, including a fantastic family trike (zigo leader) which has a detachable front pod that can be used as a buggy.  As EJ is a wheelchair user, we can’t just cycle somewhere without having a mobility aid at the destination! 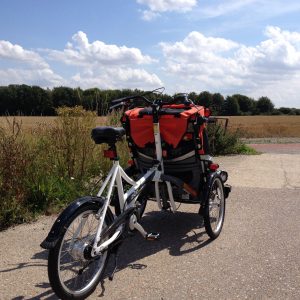 However there are limits to how much and how far we can cycle, physically (I’m pretty exhausted generally through lack of sleep and I do a lot of lifting and carrying in my role as carer) and also the time I feel is reasonable to expect the kids to be strapped into bike seats.

Public transport, on my own, at rush hour, with wheelchair and two children… no…. just, no.

I don’t mind driving from time to time and in many situations I now find it necessary (to take the kids to different destinations.  To transport the dogs, shopping, wheelchairs, walking frames….).

EJ has just started Year 1 at special school.  It is 6.9 miles from home (so google tells me).  The next closest school (and, apparently, officially her catchment school, although I have never found or been supplied with any documentation to confirm this) is 8.5 miles from home.  We have not been allocated school transport.  With EJ less than 6 years old, I don’t think I would be taking up school transport even if we were offered it, I’m not ready, EJ is still my baby girl and it’s something I’ll investigate further later down the line.  In the meantime I’ll take my little girl to school myself, like I would do if she was at mainstream school.  However as she’s not at mainstream school that (normal parental job – the school run) involves a 6.9 miles journey at rush hour.  So we drive.  It takes us at least 40 minutes there and then about 20 minutes home, which is a long time in the car, but I feel most guilty for my almost 3 year old being stuck in the car all that time.  (And of course then there’s the school pick up later in the day, so in total it’s 27.6 miles/day.) 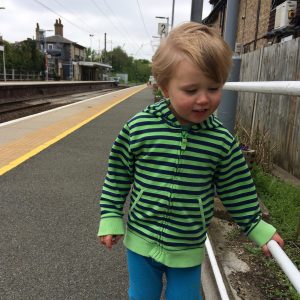 Once or twice a week my husband is able to drop EJ at school on the way to work, leaving the car close to school.  The wee guy and I will then make our way into town by public transport, which involves at least one change and generally a longish walk, depending on the route we choose.  Thankfully EW is a bit of a train fanatic so he loves that part of the journey (however if more parking restrictions come into force this may no longer be possible for us, as we can’t afford the cost of high car parking charges on top of all our travel costs).

The current ‘City Deal’ proposals for Cambridge are a real worry for our family and I know they are for many others too.

I don’t feel we have any viable alternative to the car – I would LOVE if we did.  The proposed congestion control points will impact directly on our current route.  We will have to change to a longer way round, along with everyone else, so not only will the distance increase, it will also become busier.  Our journey WILL take longer.

I don’t have the answers.  I totally understand this is an extremely complex puzzle, but it seems to me that if you make driving awful for the average commuter (the ones you are trying to encourage onto public transport), you also make it awful for everyone else, including those who have no other viable options.

Us. Other disabled people. Carers and community services, local residents and local business to name a few that spring to mind.

I think there have already been a few contradictory strategic decisions in the city.  Introducing charging for car parking at the park and ride, for example, seems to me to be counter to encouraging people onto the bus or cycling from those out of town locations! Positive reinforcement works for kids (and dogs! 🙂 ), perhaps it does for commuters too!  Wouldn’t it be better to be offering incentives/rewards for ‘good behaviour’ rather than punishing the ‘bad’!

In our ‘special needs world’, there was a county decision a decade or so ago to consolidate the special schools into a fewer number of better equipped schools.  Great in many ways as we love EJ’s school! However it means kids have to travel further distances and most of them have to be driven to school (either by bus, taxi or private car), and at least some of the staff need to drive as they also have community support roles to fulfil, so it’s inevitable that there will be traffic trying to get to the school at morning rush hour.

My feeling is that if you make public transport and cycling the most attractive option for the fit and able individual commuters, you have a far better chance of striking a natural balance between car use and more sustainable forms of transport.

Make the cycling infrastructure truly integrated (on my route into the city centre there are still many hairy sections and tricky junctions).

Improve public transport.  We’ve yet to see how the new Cambridge North station might improve congestion, and I know there are proposals for another new rail station at Addenbrookes in the South of the city.  Perhaps there are other options too, for additional suburban stations on other lines into Cambridge? How about a station in Cherry Hinton/ Fulbourn on the Ipswich line for example? 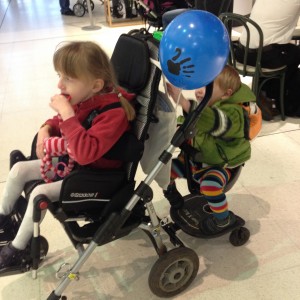 So this is my tuppence worth on the Cambridge congestion problem.

I know something has to be done, it really does, but to make sure some of our #TravelStories don’t get even worse, please think about the non typical commuters and the people living/schooling in the the midst of the congestion zone too.

Please think about those who who have little or no choice but to drive.