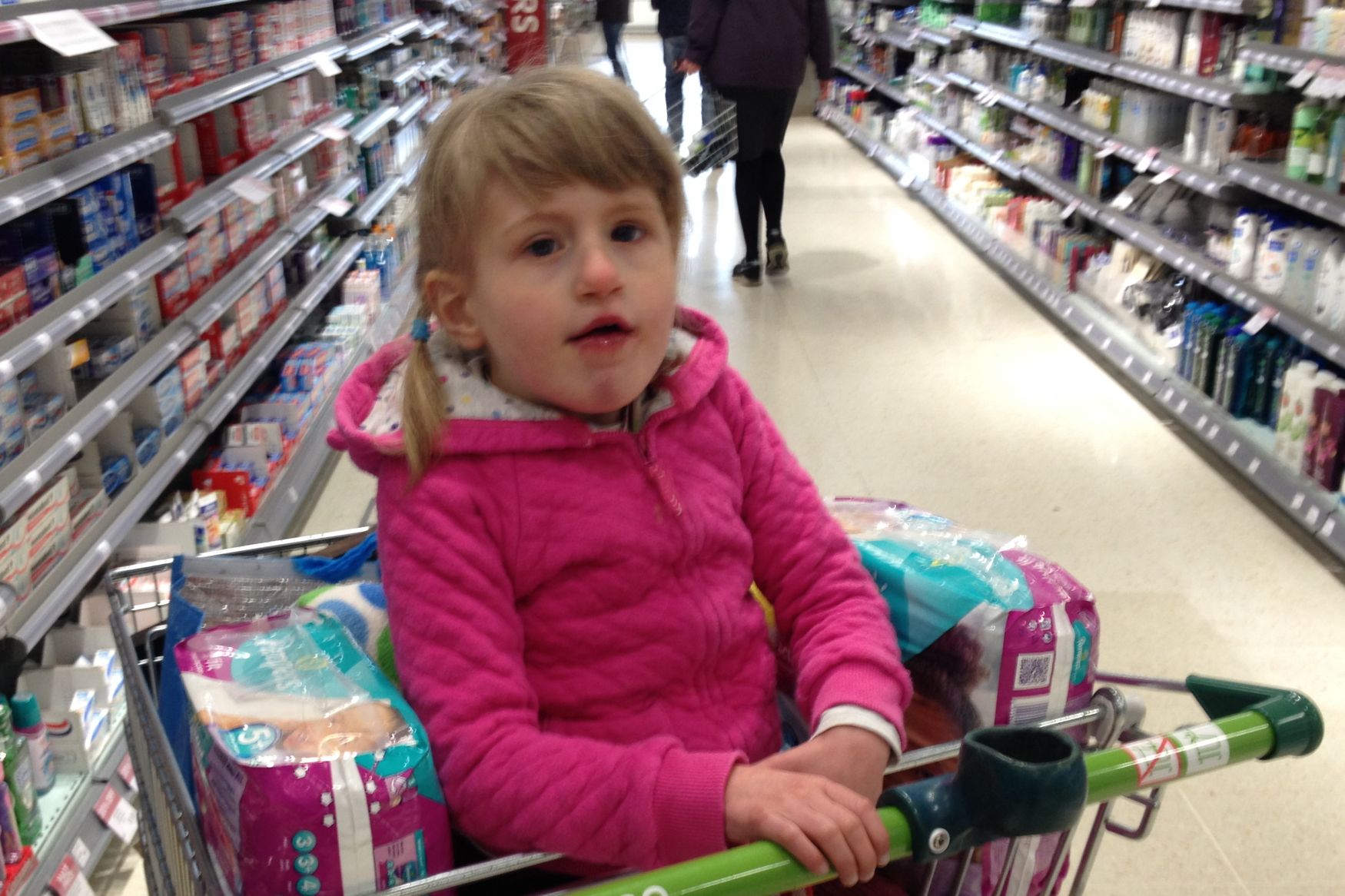 We are very well serviced in our village as we are within walking distance of various grocery stores, a butchers, bakery, deli and chemist! However there’s only so much I can carry, as I always have at least one of the children with me, so I do tend to do at least one supermarket shop each week.

I know I really could order my shopping online, but I’ve never found it as convenient as it sounds, and anyway, I like going around the supermarket picking out exactly what I want, seeing the items, checking out the special offers, spotting new products and maybe stopping off for a coffee and maybe a piece of cake!

One of my favorite new ‘tech features’ is the scan as you shop system – which thankfully is available in both of the supermarkets close to us. It just makes things so much easier! Twinkle has low muscle tone and will flop sideways, forwards or hyperextend backwards, so she needs more supervision in the trolley seat than the average child. She doesn’t have danger awareness, so she doesn’t understand that she could fall out (- or that it would hurt!)!  So, especially at the end of a trip around the supermarket (as she’s getting tired and bored!), trying to go through the normal checkout is tricky – loading the conveyor and then reloading the trolley while keeping the children safe in the trolley.

Now that Twinkle is at pre-school part-time, I try to do our supermarket trips when I just have the wee dude with me. However that’s not always possible – especially in an ‘Eeek! There are no nappies left!’ emergency! 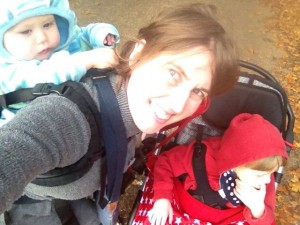 Getting around the shop with both children is a bit of a challenge. Twinkle (at 4.5) is really much too tall for the standard toddler trolley seats. She can’t walk, so we have several methods of getting around:

Sometimes we go around with Noodle in a carrier on my back & Twinkle in her chair. This is fine (particularly if we’re also popping for a coffee!), but it means we can only pick up a basket full of essentials, so Noodle and I have to come back at a later date when Twinkle’s at pre-school. Unfortunately the wheelchair type trolleys don’t fit onto a child’s sized wheelchair/buggy.

Until recently I have been putting Noodle in a carrier on my back and Twinkle in the trolley seat (or both of them in the twin trolley if I can find one!). However she’s really much too tall and a bit top heavy/precarious in the toddler trolley seats. Also, I really don’t like her sitting in them for any length of time as it puts quite a lot of pressure on the backs of her thighs as her long legs dangle from the short seat. I try add a little more depth to the seat and padding to the edge with the padded fleece cover from her buggy and I also will go straight to the nappy aisle and stuff a of pack of nappies either side of her for some makeshift cushioning!   If I have been organized enough to remember it!, we can use her Firefly goto seat for much better support (which really helps, but we still have the same problems of height). 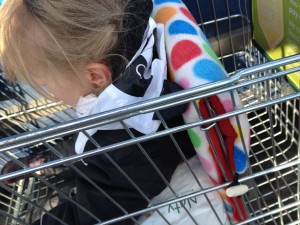 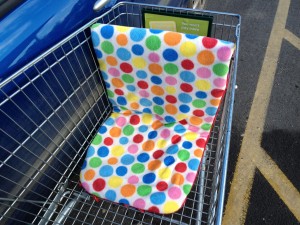 To avoid the problem with the little toddler seat, I sometimes put Noodle in the seat and sit Twinkle in the actual basket of the trolley. I often see other preschoolers sitting in trolleys as I go around the supermarket, so it’s doesn’t feel like a completely crazy solution! The fleece cover from her buggy again can double up as padding so she’s not sitting and leaning on the wire directly, and (again!) I head straight for the nappy aisle for some ‘cushions’! It’s really not ideal, but I feel it actually provides her a more comfortable seat than the little toddler seat – however doesn’t leave me much space for shopping and I have to be careful what I put within reach!

There is another option…..

Firefly have developed a fab new adapted trolley with a supportive seat for a child with disabilities, based on their Goto seat (the Goto Shop). The height of the seat in the tolley is lower than the usual toddler seat, so you loose that precarious top heavy issue, and the depth and back of the seat are increased in size for a larger child who needs support.  It does reduce the capacity of the trolley but not so much as if you have a child actually sitting in the trolley as I often do!  Sainsbury’s supermarkets have taken up these trolleys in their stores, and we’ve come across them a few times (it’s amazing how excited you can get about a supermarket trolley!), but unfortunately there isn’t a Sainsbury’s store near us.

It would be fantastic if more retailers had at least one available in their stores!

I know that Tesco have a similar adapted trolley which is fantastic, however it doesn’t provide enough support and security for Twinkle so it only works for us when we bring our own Firefly Goto seat with us.

I had a nice chat with the duty manager at one of our other local supermarkets this week when I was in about the Firefly trolleys and he seemed really enthusiastic about the idea! So, fingers crossed for more availability…….watch this space!