There is a lot of buzz today about the opening of a brand new station in my home city of Cambridge! Cambridge North station!

I’m a big supporter of public transport, a bit of a transport geek, and particularly love all rails (trains, light rail and underground), I think I like the security of an obvious ‘stop’ to get on and off! I’m always a bit anxious on buses that I’ll miss my stop!  Being near a rail station has always been on my house-hunting criteria list, and my husband commutes most days by train.

I’m therefore really excited to see development and investment in the railway, but I am also really, really sad that the station has not been built to provide facilities for ALL of their current and future passengers.

Earlier in the year there was a media buzz around the rail network for a different reason, when Paralympian Anne Wafula Strike, bravely spoke out about her horrible experience, when she was forced to wee herself due to lack of accessibility on the train.  I wrote this post, Every Day is a Broken Toilet Day, at the time.

Anne Wafula Strike’s experience tells us that there are not enough accessible toilets in general, or in some circumstances the way to get to those toilets is or becomes inaccessible, e.g. when you’re on a train with a broken toilet and simply ‘hopping off’ at the next station isn’t possible as ramp access to trains has to be prearranged!

However, there is another layer to this that affects our family.  Even when there is an “accessible toilet” available on the train or in the station, it’s extremely unlikely that it will be accessible to us.

A typical accessible toilet, a “disabled toilet” or sometimes known as a ‘Doc M pack’ toilet is designed with a whole host of different disabilities in mind, but the size of the room and position of fittings is predominantly designed to enable wheelchair users to access the loo.  However, the term ‘wheelchair users’, in this context, really only applies to those who can walk a little, weight bear to stand and transfer or have the upper body strength to transfer from their chair to the loo.

Those who can’t transfer on their own to the loo or, like my daughter, need a place to lie down to have a pad changed, cannot access ‘accessible toilets’.  The kind of toilet facility we can use are known as Changing Places Toilets, essentially a larger room which provides enough space for carer assistance, a changing bench and a ceiling hoist to enable someone to be lifted from their wheelchair to the bench and/or to the loo.  Indeed the research carried out by the Changing Places Consortium estimates that accessible toilets are inaccessible to at least 1 in 260 people.

There was a lot of talk of making train travel fully accessible and promises not to allow what happened to Anne Wafula Strike to happen again, however…

No train that I am aware of has a changing places toilet type provision. The only way that we could freely access train travel throughout the UK as a family, is if all stations with passenger toilet facilities included changing places toilet facilities too, and if access to and from trains became more fluid, more spontaneous (i.e. you could easily hop off at the next suitable stop if you needed the loo!). 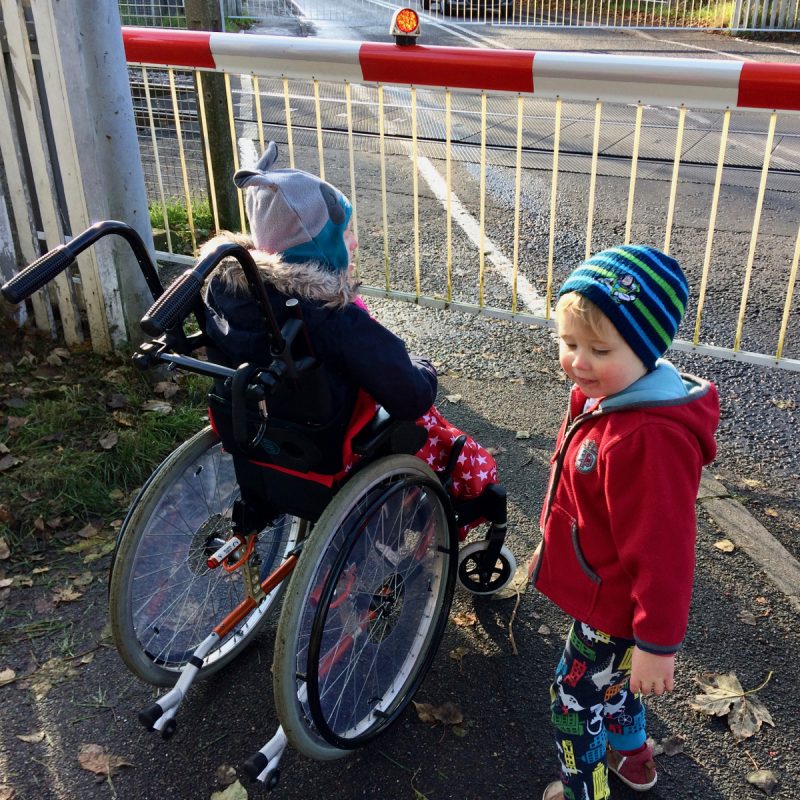 The thing about going to the toilet, is that even continent people can’t always timetable the needs of their bladder or bowels, hence the need for customer and passenger toilets in publicly accessible buildings, around public services and public transport!  If you have continence issues, there is even less predictability.  You cannot book a long train journey with a plan to book a loo break at certain points, because you cannot predict when the need will occur!  It is neither pleasant for the person needing a pad change to sit in a soiled pad for a prolonged period, and as a train is a confinded space, it is not pleasant for other passengers either if that person cannot alight at the next station and have their needs met in a timely manner!

So, for the moment, the barrier is still down on train access for us.

The reason I am bringing this up in relation to Cambridge North is that I’m reliably informed that Network Rail were made fully aware of the need for changing places toilets (indeed they have installed some in some of their very large stations) but they refused to consider this provision in this brand new station.

The reason given was that this was not an interchange station, and gave the examples of London Euston and Newcastle where they do have changing places toilets!!! That is a long way to go for a loo! I wonder, would they pay the fare for us to reach the London loo from Cambridge? 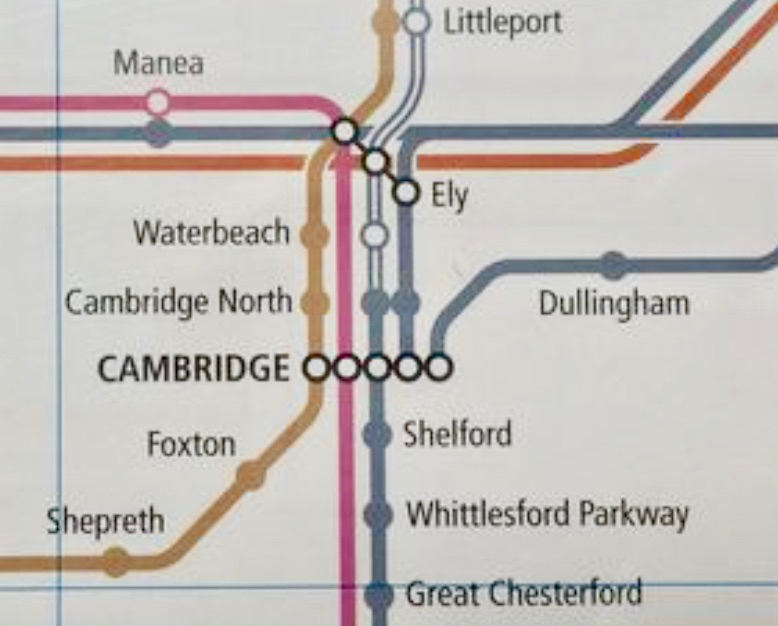 I would have a little more sympathy with this reasoning, if there was a changing places toilets at the nearby interchange stations on this line, namely Cambridge Station and Ely Station.  Cambridge Station has had a lot of work done recently as part of the new station square development, but as far as I know, no signs of improved passenger toilets.

Myself or my husband travelling alone, as independently mobile, and bladder and bowel continent, people we have the choice of using customer toilets at all large interchanges and many intermediate sizes stations as well as on all intercity and most suburban trains, but actually we’d also be able to find a customer toilet pretty easily near many stations in larger towns or cities if necessary, in local cafes, shops etc.  However those with the least mobility, and the least control of their continence, have the least choice and the least provision.  In Cambridge, you’d  have to walk (or wheel) for about 20/30 minutes from the station, past a multitude of restaurants, pubs, cafes and shops (many with customer toilets) to the Grand Arcade in the city centre to find a changing places toilet.

So back to my question, is this a 21st Century train station?

I truly hope not, because if that’s the case the 21st century is no more inclusive than the last.

If we are really serious about enabling ALL disabled people to access train services, there either has to be suitable toilet provision for ALL people on the trains themselves or at ALL but the smallest stations.