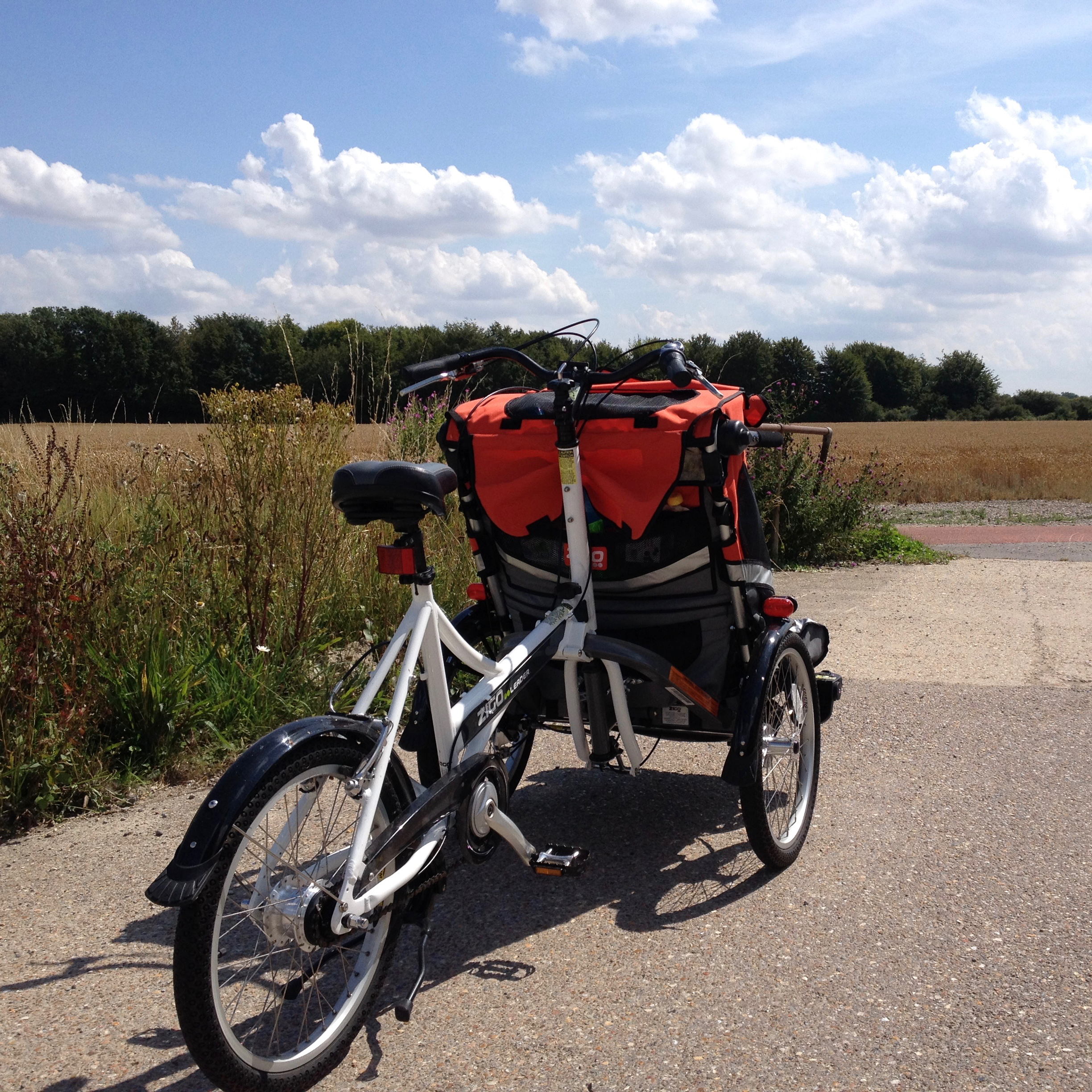 I hadn’t realized until today that it was #BikeWeek UK this week, and quite by coincidence I picked up my new ‘mum’ bike yesterday!

We already have a fantastic family trike to enable one of us to cycle with both of the children, but it can be a bit of a mission to get everyone mobilised and into it, or to travel any distance, and it’s nowhere near as manouverable as just hopping on a two wheeler.  So now that Twinkle is at pre-school part time (and starting school in the autumn), I wanted an easier bike for me and the little dude to be able to scoot around town on (and encourage me to ditch the car more often!). 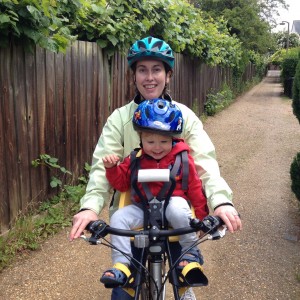 My pre-children two wheeler bike is a hybrid bike, which I got for commuting in London years ago.  It’s the wrong riding position for using with our front mounted baby/toddler seat (we have a Yepp Mini), so I decided it would be more sensible to get a cheap ‘ladies’ bike, in a sit up riding style, with step through, to make it more comfortable for both of us!  I guess we’ll have to switch to a rear mounted toddler seat sooner or later, but I’d really like to stick with the front mounted type for as long as possible!  It feels nice and balanced for riding, and I love having my arms protectively around my little guy. I can also see what he’s up to at all times! (he can be a right little wriggler!) as well as being able to have a wee chat as we cycle along!

So today (for father’s day) we went out for a family cycle.  It’s always lovely to get out and about all together and we are lucky to have an off road cycle path just a few minutes ride from home. It’s a great way for us grown ups to get some fresh air and exercise and the little ones love bouncing along, experiencing all the sights and sensations (Twinkle especially enjoys the wind!).  Although the littlest one did spend most of the trip fast asleep – in the trike! – so it would seem Twinkle will still have to share space in the trike for some time to come!

There was a point at which we didn’t know how we’d be able to get out like this to cycle as a family.  It was only gradually that we discovered Twinkle would have delayed physical development and low muscle tone, and that she wouldn’t be able to sit in a standard baby bike seat.

I hadn’t appreciated that there was a whole world of family, cargo and accessible bikes out there and it’s so fortunate I think that we happened to move close to Cambridge (definitely the most cycletastic city I’ve ever been too – well in the UK anyway!) and I began spotting more and more families cycling around and realised there may be a way for us to get out and cycle after all! 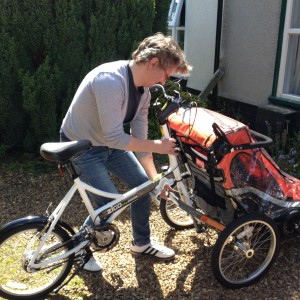 I began researching bikes for us properly when I was pregnant with Twinkle’s little bro, so we knew we needed something that could take two children. Twinkle was 3 years old when the wee dude was born, so still within the age range of  mainstream family bikes. We test rode a variety of front loader cargo bikes, but actually a key issue for us is that, as Twinkle doesn’t walk, we had to consider how she would get around at the other end of our journey!  So mainly for that reason we decided to invest in a Zigo Leader trike as it’s front loading pod is detachable from the bike section and can be pushed like a double buggy (in a similar way to the rear bike trailer pods).

We did also really like the Winther Kangaroo Lite for good supportive seats and storage space, however it didn’t have the detachable function – in fact the whole pod steers the bike (which may have taken a little bit of getting used to!). We also tried out the more traditional dutch style Bakfiets two wheeler and trike, but both of those would have needed adapted seats to give Twinkle the trunk support and restraint she needs.

At some point soon, we’d love to get Twinkle a trike of her own too!  She had an assessment on one recently (at Kidz in the Middle exhibition) and she loved it! Us grown ups were excited to find it could be converted into tag along too which would be fantastic for our off road cycle route!

And once she outgrows our current trike I now know there’s a whole range of tandem type bikes to discover – I’ve already starting pinning on my pinterest board!